Why I Released “A Mind for Sales” During a Pandemic 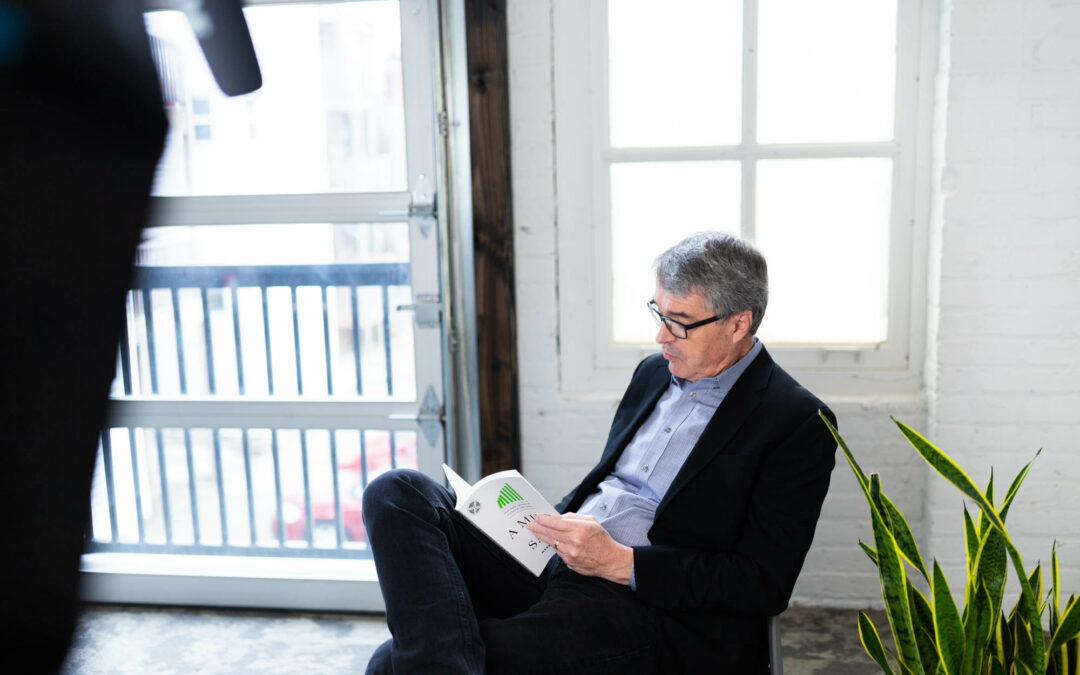 I first want to start by saying thank you. It has been one year since we came out with the book, A Mind for Sales, and what a year it has been.

I want to tell you a little bit about the story behind A Mind for Sales. This book first came alive in 2018. As I came up with the idea, I discussed it with my publisher, we talked about it and the date was set.

Video – Why I Launched “A Mind for Sales” in a Pandemic

We decided then and there we would release it in the spring of 2020. We timed it with a number of events and expected it to come off absolutely terrific. The plan looked good going into the fall of 2019, and really, into the beginning of 2020, too.

Then, as we all know, the pandemic happened. Think about where we were in March. We were being introduced to Dr. Fauci, terms like ‘shelter-in-place’ and more.

We experienced a lack of activities that we never thought would happen. Sure, the Super Bowl carried on, but the NBA shut down. The NHL shut down. The March Madness basketball tournament was canceled. Some of those games were literally canceled at halftime.

via NCAA March Madness on GIPHY

Players walked off the court, offices shut down and we suddenly realized what it meant to spend all day at home.

In the midst of all that, I’m launching a book.

During this period, it was interesting how many phone calls I received from very good friends and peers saying, “Mark, you’re not going to launch the book, are you?” “You’re going to wait, because this pandemic will blow over in a couple of months and you can launch the book in June or July, right?”

In the weeks leading up to the release date, I was being hit with a number of phone calls and no, I was not planning on postponing the launch.

Shortly thereafter, I received word that Amazon is only shipping essential items because of the influx of online shoppers and the stress that was causing on shipping. My book was not deemed essential. Not only would Amazon not be shipping it, but they may not even receive it. Bookstores were closed. All the signs were indicating, “Hold on and wait,” but no. 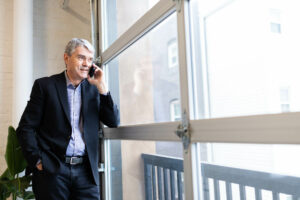 You see, A Mind for Sales is about having the right mind to sell. “The most difficult sale you will ever make is the one to yourself.” That is the most important sell.

I believed firmly in this book and there was no way I was going to deviate from this because I knew the message had to get out.

We launched the book on March 31st, 2020. Of course, we made a few changes, but we learned a lot along the way, and it made for an even more successful launch. We did things that we never thought were going to be possible because we were committed to making the launch of A Mind for Sales happen.

What has happened since that point? Thousands and thousands of people have read A Mind for Sales, and have had their lives and their selling careers impacted by the message in the book. 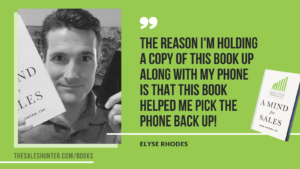 None of that would have occurred if I had waited and thought about postponing the launch.

If I had heeded the advice of a number of people and decided to wait to release the book until the pandemic was over, we still would not have launched one year later!

Sales is about being focused. It is about having a plan, believing in yourself and making it happen.

If I had chosen not to launch the book, there is no way I could say that I am following the advice in A Mind for Sales.

I am excited at the impact the book has had. Every day, I get emails and phone calls hearing how it’s helping people. I love it.

I want you to do me a favor – if you have read the book, go out to Amazon and leave a review, would you? Throw out something on social media to let other people know. If you have not read the book, get your copy here.

A Mind for Sales is an impact maker and it is the reason why when the book first came out, people were saying, “How did you write this book so fast and get it out so quickly?” 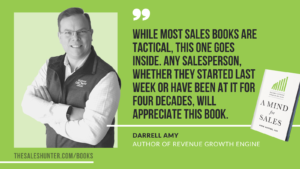 Let me know how the book has impacted you. You have a mind for sales.

As one of my loyal blog readers, I have an opportunity today for you to invest in your skills. Together, we can take today’s challenges and turn them into once in a lifetime opportunities. Consider this quote that I wrote in my new book, A Mind For Sales and say often:

When challenges arise we don’t rise to the occasion, we sink to the level of our training.

Are you ready? Watch the video above, and come be a part of the continued conversation as we all become masters in our fields and passions. My new program, The Sales Hunter University, is where you’ll find it all – unlimited personal growth, hands-on learning, quick tips, abundant resources, and an amazing community.