Overcoming the Fear of Prospecting. It’s Only a Mind Game. 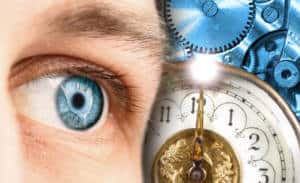 It’s a rare person who wakes up in the morning excited to do nothing but prospecting.

It’s even rarer to find a person who enjoys doing it day after day, week after week.  The average person would call that the definition of insanity, but give me three minutes and I’ll try to get you past the fear of prospecting.

The fear of prospecting comes down to one thing — your mental outlook on how you respond to rejection and the sense of not making progress. Hey, I get it. I used to be in that boat, too. Early on in my sales career, I was not only afraid to pick up a phone, but I also was nervous about responding to messages regardless of how I received them.

Yet for some reason, this is what we all think might happen when it comes to prospecting.

The worst that can happen is you hear the word “no” or a variation of it.  Hmm, I have read some strange headlines, but I’ve yet to see one that reads, “Man Attacked and Killed by the Word No.”

Can we all take a deep breath and accept the fact no animal or children will be harmed when you prospect.   Prospecting is merely an activity, no different than getting in your car or taking a shower. It’s merely an activity designed to prepare you for the next step.

Prospecting is the first step, much in the same way that the number one comes before the number two when counting.   Prospecting is a mind game and it’s in your mind, not your customer’s mind.  When we change our mindset toward prospecting, we will change the results we get from it.

My path to recovery from being prospecting resistant consisted of me doing five things, all of which had to do with my own mind.

First, I changed my belief to know I was not going to be physically or even mentally scarred from prospecting.  When I realized this, it allowed me to now see myself as being successful and achieving a level of results that would surpass anything I had done in the past.

Second, I visualized my success as to how there would be somebody I would talk to each day who I knew I would be able to help.  I had to understand it might only be one person, but that one person was out there and they were waiting to hear from me.

Third, I played the long game.  I was guilty like every other prospecting resistant person thinking each call would make or break me.  Once I shifted to thinking more in weeks, months and even years, the results I achieved changed.

Fourth, I did not allow negative voices into my head, and this meant not associating with negative thinking salespeople.  To do this, I had to go find successful salespeople with whom I could connect.  An amazing thing happened when I did this. I suddenly found myself thinking differently and, more importantly, acting different, and it was all due to my mindset.

Fifth (and this is key), I developed the discipline and focus to not let voices in my head tell me I can’t do it or that it won’t work or it’s waste of time. I tuned out every negative comment. To do this, it took two things — a notepad and a clock.  I had to set hourly and daily goals as to the number of calls I would make.

With each call, there was another tick mark on the scratch pad.  In the end, it was this fifth step that more than anything turned my prospecting results around.

That’s it! Nothing complex. No extensive counseling.  It’s just believing in yourself at a level you have not been doing previously and then going out to make it happen.