Sales Leadership is About Building Relationships 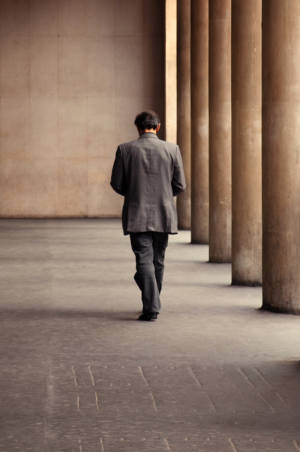 How many times have you talked to somebody who you can tell is not paying attention?

Years ago I worked with Tom, who yes, was a nice guy, but I never felt I had his attention when talking with him.  I’d be talking with Tom in a hallway or meeting room and the entire time he was always on the lookout for who else might walk by.

If the other person walking by was of a higher salary grade than me, boom! Tom was off to talk with the other person.  Skip the idea of wrapping up a conversation, as he was gone.  Don’t worry. He did the same thing with everyone else.

Let’s just say around the building, all of us had a few choice names for Tom.  His goal was simple — always be talking with the most senior, powerful person he could. In his mind, that’s how he would score the next promotion.

It didn’t take long for myself and others in the company to realize having a conversation with Tom was a waste.   We all had plenty of other people we could talk to and gain the insights we needed or find the answer to a question. Over time something very interesting happened.  In Tom’s quest to impress senior leaders  and get promoted, he became isolated, and the more he tried to impress others, the more isolated he became.

Tom failed to understand that communication is about the sharing of ideas and the building or relationships.

The stronger the relationship, the more valuable a discussion becomes.  Somewhere along the line, Tom failed to get that memo.  The result was that two years after Tom was transferred into our large division, he was transferred to the smallest, poorest performing division in the company.

I admit I wasn’t shocked when it happened and neither was anyone else.  And yes, we weren’t shocked when he left the company soon thereafter, having failed to achieve his goal of becoming a senior vice-president.

If you ask me if Tom had the skill set to be a senior leader, I will say no.  Reason is because Tom never took the time to build relationships and learn the business.  You see, Tom was in a division he knew nothing about and he needed others to help him gain the knowledge he needed.

How good are you at building relationships with others in your company?  How about your customers or others in the industry?  Leadership is earned. It’s earned by being a good listener and being willing to learn from multiple sources.

The leader who can’t build relationships is simply not a leader.

You ask, “Whatever happened to Tom?” Five years later I ran into him in a hotel lobby in another city.  Yes, I was surprised, and what surprised me more was we actually had a meaningful conversation.  His career had gone down hill after leaving the company where we had worked together.

He said he spent nearly a year unemployed, searching for the “perfect corporate position.”  He finally wound up settling at a much smaller company responsible for a small fraction of what he previously controlled.

After our conversation ended and we went our separate ways, I couldn’t help but think how far down the corporate ladder he fell.  I also saw how the move he made impacted him. I had just talked with a completely different person.

Tom was now focused on building relationships.  It’s too bad it took a major fall to learn a key lesson, but in leadership, business and life, we will always find a series of lessons from which we never stop learning.

Thank you for allowing me to hopefully build a little deeper relationship with you by sharing my insights.  Let me know your thoughts and together we will keep the relationship moving forward.