Are You Pushing Yourself Hard Enough? Is “Average” Killing You? 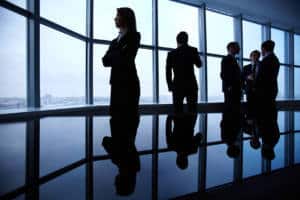 How hard do you push yourself?  Being willing to accept average is what destroys the dreams of too many.

We can’t allow ourselves to become comfortable with average.  When we accept average, we eliminate our opportunity to become significant.

Last week I spent 3 days with 19 peers in an intense program designed to help us deliver a better keynote speech.  Each one of the people in the room is incredibly successful already, yet each person was there with a single goal — to become significantly better.

To give you a feel for how successful each person was already, here are a couple of highlights:

Three of them had played significant roles on various reality television shows.  One had worked for four U.S. presidents.  Another had worked in a senior role for a U.S. senator for 12 years. Several had written New York Times bestseller books.

You get the picture. This was not a group of under-achievers.

For 3 days, the 20 of us plus the three people conducting the program sat in a room ripping each other apart, hopefully in a positive, constructive manner.

I thought I was pretty good as a speaker. Each year I’m asked to speak all over the world and the feedback I get is always good.  Yet, I felt I needed to take my game to the next level, and the only way I could do it was to go play with the really big dogs and get ripped apart.

After delivering part of my keynote to this group, I know how an NFL kicker feels after they miss a field goal to lose the game.  The feedback was that tough, less the profanity and descriptive words  that typically come from the cheap seats.  There was no sugar coating. Just one “truth bomb” after another being dropped on me and everyone else.

During the 3-day program, my mind kept going back to the concept of shadow boxing.  This is the game I played as a kid where on a sunny day I would pretend to be boxing my own shadow on the pavement.

It was interesting how I never lost a shadow boxing match. I always won, but then again, I was fighting my own shadow. I would jump around the right-hook followed by the left jab and each one landed just perfectly.  Problem is I was comparing myself to myself.

If we want to become good, we have to allow ourselves to take to the ring with the big kids.   That is the sole reason why I signed up, paid the fee, and booked my flights — all for the sake of being ripped apart in the real ring of development.

The easy route for me would have been to continue to deliver the keynote speeches I do each year, and with my own evaluation system, look for ways to improve.  Problem is that’s nothing more than shadow boxing.

I needed to enter the real ring, put on the gloves and box with the big kids.   By boxing with the big kids and being willing to be trained by the best in the business, I could now truly elevate my game.

How hard are you pushing yourself?  Is it time you quit thinking you’re good just because you win at shadow boxing?

The greatest only become the greatest because they are willing to expose themselves to people who can help them become better. Your goal is to find those around who can and will do just that for you.  In so doing, you’ll be saying goodbye to shadow boxing and goodbye to average.