Saved By a Cup of Coffee 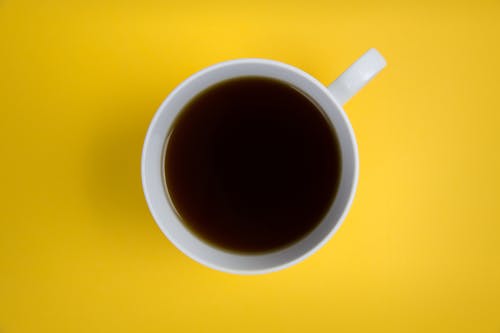 It’s a chilly December morning, and I can’t help but be reminded of an accident I had a while back. Thankfully, I was saved from that accident by a cup of coffee. Ok, I understand that may be confusing and I need to fill in the pieces. Yeah, I’ll share more details.

So, about 15 years ago, I had an accident. I remember it, because I didn’t have a cell phone with me. And yeah, the accident was my fault. Yep, it was my fault. I was cruising to work early one morning, trying to time the lights going through downtown Omaha. No big deal, right? As I timed the lights and hit them green and boom, boom, boom. Well, I jumped one light a little too early and the only other car out on the road coming through the cross street hit the front of my car, and I swerved. Anyways, he swerved as well and we hit each other.

Yes, it was my fault. We pulled over to the side of the road. It was early in the morning still, and I remember how chilly the air was. As I got out of the car, I realized I didn’t have my cell phone. He also did not have his cell phone with him and neither one of us could find a payphone. I needed to call insurance. Thankfully, no one was hurt, no airbags went off.

As I looked around, I noticed a restaurant with a couple of cop cars parked out front. Hey, that’s great. We’ll just go there to get the cops, and they’ll take care of it for us. We walked into the restaurant and I immediately noticed some coffee right there by the front door. It was cold, and I really wanted some coffee. I needed coffee. So sure, I poured a cup of coffee for the guy I walked in with and one for myself. I dropped a few bucks in the box, whatever.

Before too long, we had introduced ourselves and we were chatting away. No big deal. Then, I walked up to the officers and said, “Excuse me, but I had an accident right over there.” They asked me where, and I pointed out the window at the exact spot. One of the officers noted that our cars were pulled over to the side of the road and nobody seemed to be hurt. He said, “you guys seem to be getting along just fine. Go and call your insurance companies and they’ll take care of it for you.” The two cops proceeded to finish their breakfast.

So, what’s the lesson? Well, the lesson is probably, regardless what happens, to relax, chill out. Boy, isn’t that the case right now. Everyone needs to just chill out and relax. Things will take care of themselves.

It’s amazing that neither of us got alarmed. We remained calm and collected. I immediately introduced myself and apologized to him. As we walked into the restaurant together, I was cordial and just offered him a cup of coffee. That saved me a ticket. Honestly, it’s a lesson long forgotten, but comes to mind every now and then to remind me.