Is That a Cell Tower? 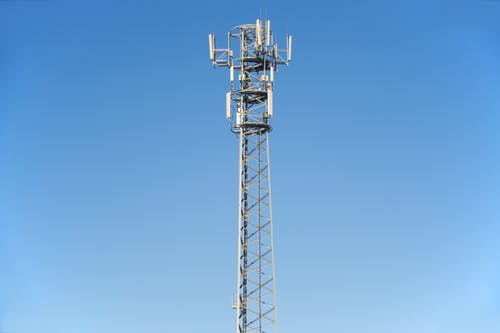 Have I told you about the time a cell tower saved me? Well, it didn’t really save me, but it sure made working with a client a lot easier. Let’s back up the bus a little bit. In February of this year, when the pandemic was really just coming onto the scene, I didn’t realize what was really happening – a pandemic. Ok, hold on. I’ll come back to that thought.

Here’s the deal… I was in a hotel room having to do a virtual event for a client. Wow. Now, that sounds pretty normal, right? Well, now it does – yes. Back in February, however, that was rather unusual and certainly not the norm like it is today. Anyways, as I get set up to this virtual event with a client. I had planned to do it from my hotel room so it would fit in my schedule. Everything was great. Then, about 15 minutes before it was scheduled to begin, the Internet goes out. Suddenly, no internet.

So, what was I supposed to do? How would I do this virtual event? I called the front desk. They told me that the Internet would be down for a couple hours, because they were doing work in the area. Oh, great. I look at my cell phone to see that I only have one bar – just one bar for service. I knew that wouldn’t do, so quickly, I jump into my rental car. There’s no place around, but I see a cell tower. I knew that I had AT&T as my service provider, so hopefully, this tower is an AT&T tower coaster.

I get closer to the tower, and now see two bars, three bars, four bars. Yes! I’m there, so I park as close as I can to the cell tower. I got four bars, 4G. I am able to do my event. I was so glad it worked. I just had to improvise at the last minute, but it worked!

Now, if only the client could have seen how much sweat I let off as I tried to make sure I would get connected online on time. Little did they realize that I was doing it from a rental car on my cell phone, too. But it all worked. In this current pandemic situation, we have to improvise a lot. I see the constant flexibility as a normal response; however, back in February, I thought the way that I had to improvise was crazy. I had to really hustle to make it work, but I did make it work.

The lesson learned here is don’t ever think for a moment that you can’t make something work. You’ll figure out a way, just like I did in my situation. All the plans that I made right in my hotel room had to actually be right at a cell tower. I just had to get to it. Where are your cell towers that will help you with the next situation?