Am I Still a Leader If I Fail? 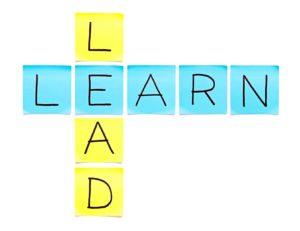 How would you answer that question? My response would be that there’s nothing wrong with failure. It doesn’t hinder your ability to be a leader. I would like to go even one step further and congratulate you for failing, because that shows that you tried. Life is not about avoiding risk. Life is about optimizing risk.

CBInsights recently published a great article that highlights nearly 150 failures businesses have made. I’d love for you to take a few minutes and read it for yourself. Then, come on back to this article. Read it here!

Now, what stood out to you as you reviewed that list of failures? For me, it was the number of failures some of the biggest and best corporations have had. The list is littered with products created by Amazon, Google, Apple and Microsoft. This is interesting, because each of these companies has been highly successful. Often, these companies have created a well-known product or service that has truly changed how we live. If you were to ask an employee of any of these companies about failing, I’m sure you would get a similar response. They would say something about how failing is a step in achieving success.

Failing is not an issue. It’s a given, because we need to fail if we want to achieve all that we can be. The only problem with failure is not learning something from it or using what we learn to help us do something better.

Failing is nothing more than risk management. If you’re not willing to take a risk, you’re probably not going to become any better than those around you. On the other hand, if you’re willing to embrace risk or as I like to say “optimize risk,” then you have the potential to be much better.

Amazon would never have outdone Barnes & Noble if they had chosen to only sell books in bookstores. Google would have never become so big if they had embraced the same strategies AOL used when they first began. Apple would have never become the massive consumer tech brand if they not taken a chance on iTunes and the iPhone. Microsoft raced to success early on with Windows only to fail miserably when they wanted to play it safe and just copy others. Today, Microsoft is racing forward because of a CEO that chooses to embrace risk and change.

So, ask yourself this question again: am I still a leader if I fail? Yes, you are. I would say you’re actually an even better leader as long as your failure isn’t illegal, immoral, unethical or seen as a physical threat to others. That said and after looking at a long list of failures, what is holding you back? You can’t afford not to fail. Just try to fail fast and learn from each failure even faster.

Don’t forget: A coach can help you excel in your sales career. Invest in yourself by checking out my coaching program today!