Taking a Risk Does Payoff 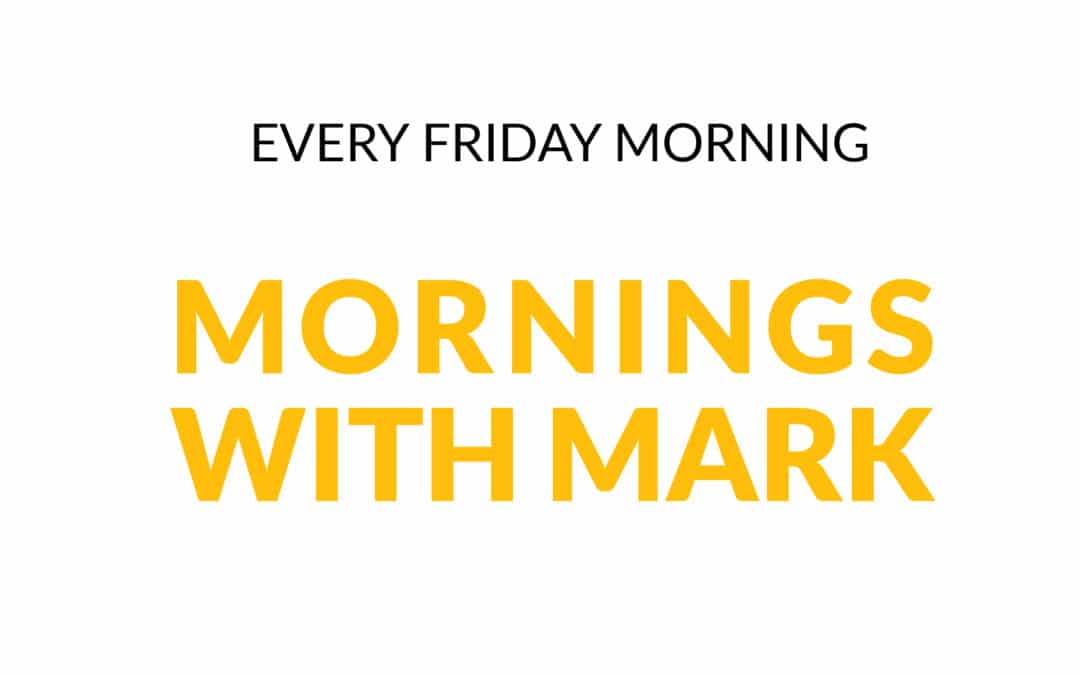 Welcome to another Mornings with Mark!

I want to share with you an idea that really hit me this morning as I’m here at Atlanta Hartsfield Airport, getting ready to board a plane. Ironically, many, many years ago I flew here to Atlanta to take a big risk. It was a huge risk. At the time, I was working in Portland, Oregon with General Foods Corporation, and there was an opportunity for an account manager in Knoxville, Tennessee. The manager and the office were both actually in Atlanta, so they asked me to fly down here and interview. I thought maybe I’d get the job and be able to move. People told me, “Why would you want to move from the west coast? Why would you want to move from Oregon? Your family’s there. It’s where you grew up,” and all this other stuff.

But you know what? It was a risk that I was willing to take for a couple of reasons. First, I was confident in the job that I knew I could do. I also knew if I did well in that job, it would lead me to another promotion. Second, I knew if it didn’t work out, I was competent enough and confident enough to be able to find another job that would take me down another path. I didn’t feel that if the move worked out, great but if not, it was a failure. No, rather, I viewed it as an opportunity to move forward. Too many times we fail to take a risk, because we only focus on the downside. I’ve actually found that rarely does the downside ever happen.

So I moved to Tennessee, only lived there about a year and then moved to Connecticut. Then, we lived in Connecticut for a few years before moving to Minnesota and then to New Jersey. Interestingly enough, each one of those moves along the way has afforded me an opportunity to take more risk. Even further, each risk seemed less risky because I became more confident at taking risks. The first risk is always the scariest, but once you take that first step, it’s amazing the opportunities that arise.

I look back and am so thankful I made that move. I got on a plane, flew down here to Atlanta and interviewed. What’s really funny is that the job was in Knoxville, and I never saw Knoxville until I accepted the job. Crazy, yes. But it worked out. It worked out great.

What risks are you taking? Don’t focus on the downside. Focus on the upside, or what I like to say – the cross side. The upside will, of course, be magnificent for you. The cross side is okay, because maybe it doesn’t work out, but it will lead to something else. Life is always filled with opportunities. The sun continues to come up every morning. It always does.