Relationship Selling? Is There Such a Thing?

By: chris|Published on: May 29, 2012|Categories: Sales Process, Sales Prospecting| 1 comment

I recently exchanged comments with a person who claimed they don’t do “relationship selling.”

In fact, they claimed they don’t sell at all.

The person’s perspective was he doesn’t need to sell because he works on building a relationship with the prospect and then they wind up buying.

My response to the person was that what he was doing was selling by building a relationship with the other person.

He quickly responded to this. “No,” he said, adding that he does not sell and he hates the concept of selling.   Needless to say, I was dismayed at his belief that selling was something akin to having a deadly disease.

What this person was doing was relationship selling

He was allowing the relationship he created with the prospect to be the foundation for the confidence the prospect needed to make a decision to buy.  Relationship selling is a very effective process when it is used as part of the selling process.

The concern I had with the person and his reliance on building the relationship is he wasn’t doing enough to help the customer understand the needs they might have and how he could assist them.  He was getting sales, but there’s no way he is ever going to come close to getting all of the sales he could be getting or making the level of profit he could be making.

The reason is simple. He’s allowing the customer to drive the process.

Relationship selling works. Don’t allow yourself to believe it is the only selling tool you have.  Use it as one tool that helps you open up the level of communication and understanding between you and the prospect.

There are industries where relationship selling can be more effective. In particular, it is very effective in industries or sales channels where there is a limited number of customers.  An example might be someone who sells a specific product or service and there are only 100 customers who could possible buy from them.  In a situation like this, the on-going relationship is critical and certainly worth building over an extended period of time.

Conversely, relationship selling is not going to be quite as important if you’re selling in a sales channel or market where there is an unlimited number of prospects and there is little communication between the salesperson and the customer.

If you’re asking me if I believe in relationship selling and practice it, my answer is “yes!”  But I also believe that it is only one of the selling tools in the sales toolbox.

Any cookies that may not be particularly necessary for the website to function and is used specifically to collect user personal data via analytics, ads, other embedded contents are termed as non-necessary cookies. It is mandatory to procure user consent prior to running these cookies on your website.

Submit your proof of purchase 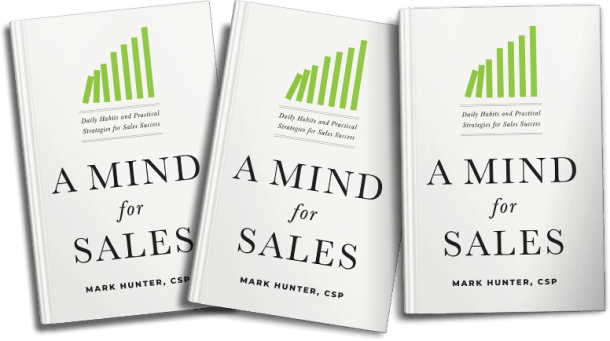 Your information has been submitted and our team will get right back with you.