Executive Sales Leader Briefing: Do Others See Integrity in You? 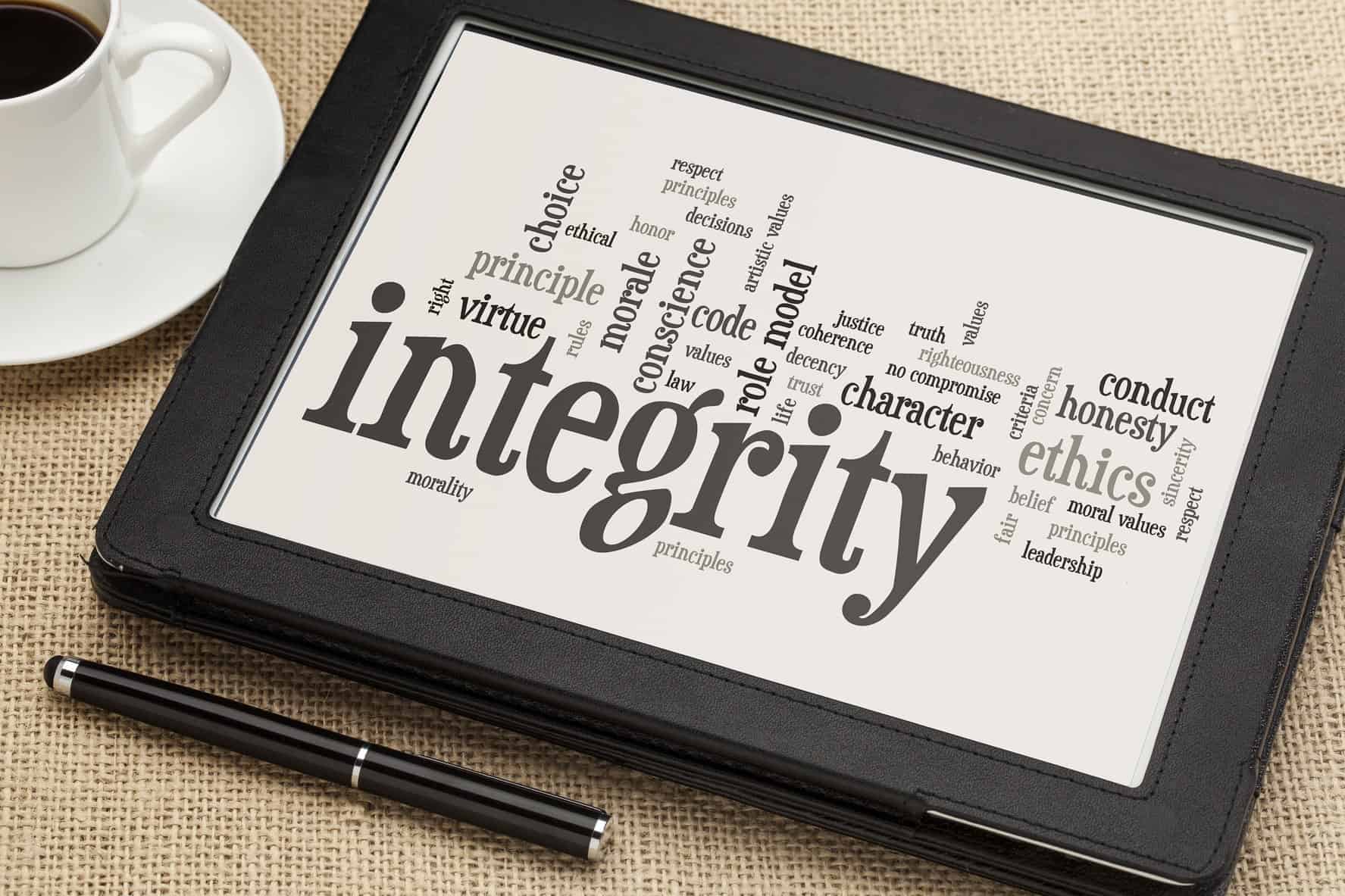 I got called out in an email recently by a person I didn’t know but clearly knows me. He said he was shocked I would make a comment on LinkedIn about an article that had a questionable picture.

No, the picture wasn’t sleazy, but there could be some people who might have seen it as offensive. I was a little concerned about it, but saw the picture as purely a way to grab attention. Gee, that’s a novel idea!

The article was very insightful, was authored by a good friend of mine and quoted extensively another good friend of mine.   I wouldn’t have made a comment on it or pushed it out to my audience had it not been for the two people.   My friendship and respect for them had me feeling it was the right thing to do.

Think about this for a moment. I helped two people I respect, but in so doing, another person I didn’t know called me out due to the picture.

I talk a lot about doing things with integrity, and I’d like to think I exhibit integrity, but this email exchange left me with a different perspective.   What we may feel as having integrity may not be how others see it. I’m not going to wave the “PC” (politically correct) flag, as I can’t stand that concept.

What I’ll leave you with is the same thing that hit home with me. Others do not always see things the same way you do.

What are you doing in your job as a sales leader that others might perceive differently? I’m not saying we need to change, but let’s both just be more aware of how our communication might be perceived.